The future of SUP in India 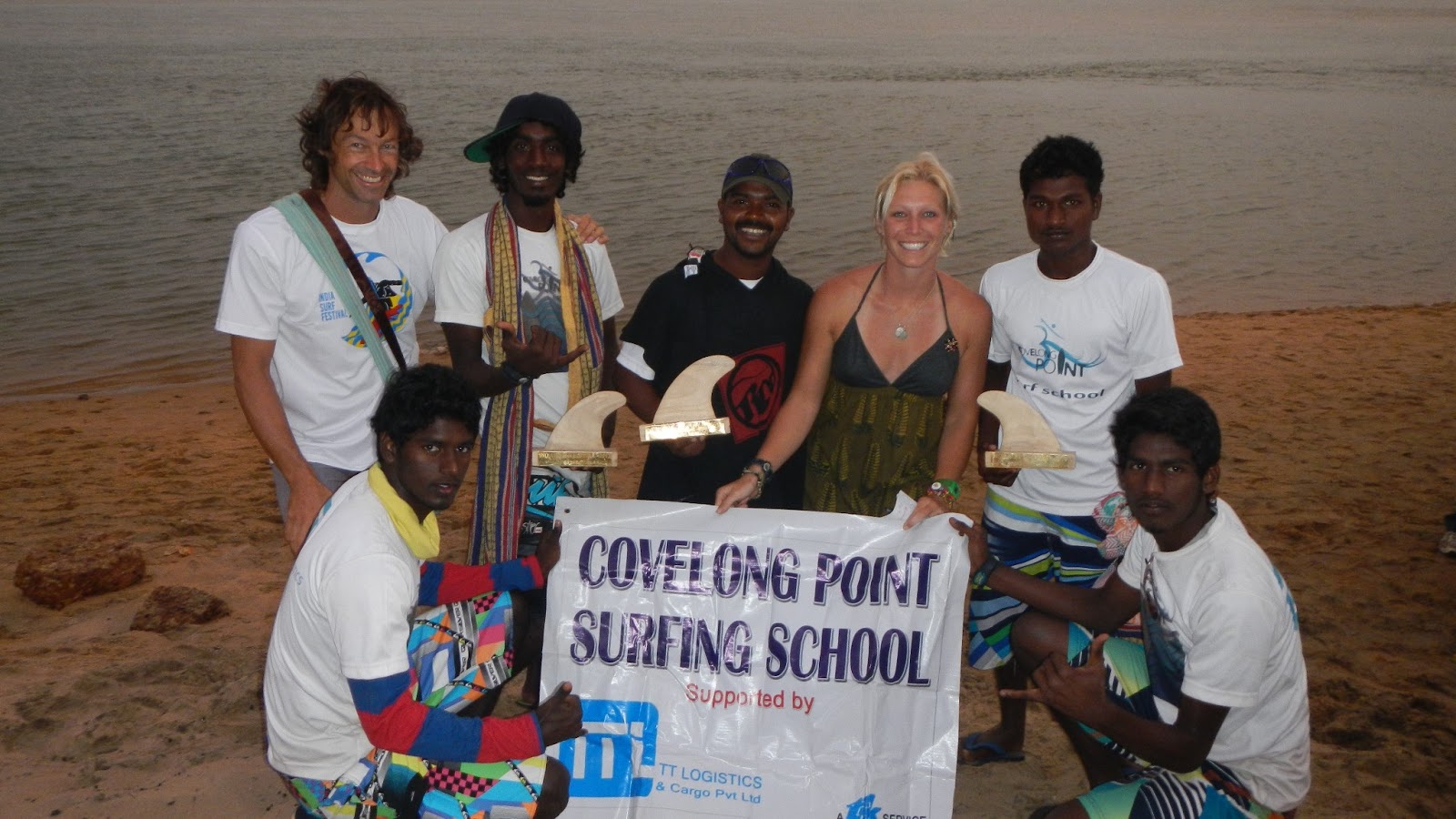 The 2nd Edition of the India Surf Festival has come and gone. Participants and organizers alike have walked away with more knowledge, better understanding, and more passion.

The original Distressed Mullet Dispatch:  "Hey guys!! Just got back from the East coast of India helping with the India Surf Festival. I am exhausted!

I was so stoked to help out with this event by giving so many SUP lessons and putting on such a memorable SUP race! Although things got off to a slow start, the surf expression event and SUP races were a hit. Surfers came from all over south India to show off their skills. Then we had a great International recreational race. We had to run it in heats due to limited board supply, but the competition was steep and the participants had a blast!!

The "big draw" was the elite race, the first one in India to leave a flat water environment and go into the open ocean. These guys knew what they were doing, though! They charged out through the inlet with no problems, and then when it was time to come back, the top three caught huge swells and surfed to the finish. Final results were posted on the India WPA site.

We also did a fun relay race. Truth be told, it was probably everyone's favorite. The relay was held last after I had attempted to give lessons to most of the festival's guests. After each lesson I would say, "Now you come enter the relay tomorrow!" Everyone was nervous about entering a race after they had just learned to paddle, but they all showed up! The smiles on everyones faces were priceless. They were paddling as hard as they could, and some were busy trying to keep balance; it was priceless to watch. By the end, everyone wanted to SUP more and come back for more events and lessons.

I'm happy to report that more events and learning opportunities are in the works! Surf and SUP dominated the mornings of the festival, but the winds in the afternoons made way for tons of kiting. There were a few kiteboarders from Goa, and one of the volunteers also brought a kite buggy for demonstration.

It is fantastic to see all of these different water sports in one place, especially for many people that haven't seen them before. Each night, after all of the wind and water, there was live music and art on display for the guests and participants.

The entire festival was very unique, and had a distinct Indian flare. It was incredible to watch all of the participants, but more incredible to hear all of their stories. I'm witnessing first-hand the beginning of surf and SUP in India, and it is beautiful. So many great people with their hearts in the right place. Many of them were super exited to hear about Jack with IndoJax surf charities. They didn't know anything about Jack coming to India each year and providing girls from inland orphanages with surf lessons. They love the idea and are happy to bring boards and donate some manpower to the charity this year. I'll keep you posted on that as well, it will be in April.

I hope you are all having a fantastic February, I'm sweating over here… I miss the cold, frosty paddles! - See more at: http://distressedmullet.com/2013/02/20/india-surf-festival-recap/#sthash.Ih1sJTrB.dpuf

Although the event was not without it's challenges and hiccups, overall the event is evidence that India wants more surfing and SUP events. And I am happy to report, that those are on the way!

Our major problems were that we didn't have enough boards or enough man power to give lessons in surf and SUP. Considering all of the problems that could exist, I would consider these excellent problems to have. People were genuinely interested in learning both sports. This indicates a need for boards, shops, and instructors! That is fantastic news, especially for people like Murthy. I had briefly met Murthy at the Summer Swell Challenge in Pondicherry back in September, but I hadn't really heard about his story. I had much more time to talk with him at the India Surf Festival, and all I can say is, "WOW!" Talk about the embodiment of the surf spirit! With his ever upbeat attitude, infectious smile, and genuine love for the water, Murthy is what surf is all about. To top that off, he's incredibly friendly and wants to talk to everyone about surfing. He placed third in the Elite SUP race at the India Surf Festival, and that was no small feat. The competition was extremely tough, and the course was challenging (hehe, I made it that way). After some preliminary rounds on day one, the Elite competition was narrowed down to 6 participants. Luckily we had 6 boards! Paddlers lined up for a beach start with their surf style NSP's and Starboards. After taking off, they paddled up river past the crowds of hungry media, around a buoy, and back down the river before entering the open ocean. The inlet was extremely challenging, but once out the paddlers were rewarded with gentle swells and moderate wind. Returning to the beach finish, the top three were hit with a huge set coming into the inlet. All three did well, but Murthy caught a huge wave and surfed it in, ensuring his 3rd place finish.

As India builds it's industry, I am thrilled that people like Murthy will be heading it up. With good people with kind hearts behind the growth and expansion of surf and SUP in this country, it's bound to have an amazing future.

Second Week in the Gorge

First Week in the Gorge