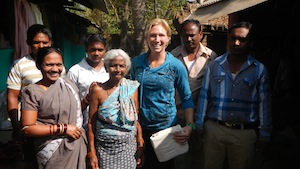 The Mohanto family of weavers

Post ISF Bel and I decided to travel inland to visit some of the Indian tribes responsible for weaving the coveted Surfing Yogis Gumptcha. 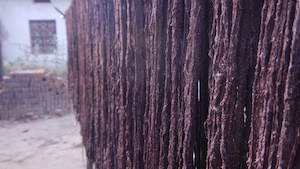 The raw fibers after being dyed with cow dung

Weavers currently have received government subsidies to continue operation, but they still need customers. The problem for a lot of these small family weavers is that they are not "online" or capable of mass producing and promoting their product worldwide like many un-environmental, un-socially-responsible, mass corporation type weaving operations. Mass operations that use mechanized machines and poorly paid laborers are where many of our less expensive clothing comes from...

I have a little surprise fact, though. The hand woven, naturally dyed, and organically grown cotton fabric being produced in these family villages is NOT EXPENSIVE! 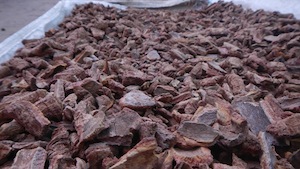 The conversion at the moment is still 55INR=1USD. For $2USD you get a meter of organic material that is absolutely beautiful. I'm not much of a shopper, and I had a hard time controlling myself. I wound up with quite a few shawls, and even bought the dhoti the grandfather was weaving while I was there for Lil'Spoon. 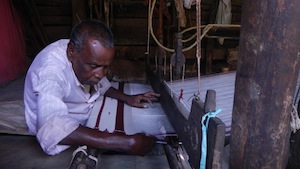 The grandfather weaving the Dhoti

What does all of this have to do with you? I'm just letting you know, and if you would like to purchase some, I would be more than happy to go get it and bring it back to the States for you. Why? Because it helps this family put food on the table!! So get some!

Weaving is not the only craft that these tribal villages out in the middle of no-where undertake. On the first day we also visited some of the local villages that made carvings, pottery, and iron works. All of the crafts are unique and beautiful, but I don't know how I could get it all home. I did buy one of these awesome clay pots for 20INR, and I've been travelling around with it without it breaking for quite some time! 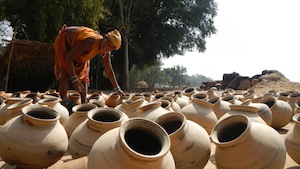 Our trip inland wasn't just to check out the fabrics and the crafts, but to see some of the indigenous tribes. In true travel-in-India style, we ran into "problems" even though we were assured that there was, "No problem! No problem!" When the time came to get in the cab and go see the temples, waterfalls, and tribes... no cabs would come. They all refused to drive foreigners around the area because it was too risky! Apparently, the previous day held some interesting events. The hotel at the front desk kept a very serious face and said, 'Didn't you see the newspaper?' Of course, the paper they were referring to was written in Orrea. They summarized the article for us; there were some tourists with cameras, the tribespeople got angry, they took the tourists and the cab driver hostage, the tourists and cab driver were still being held. With that, we figured we wouldn't go to that same area... Instead we figured we would buy train tickets to get out of there.

Unfortunately, that is a challenge in itself. There is one train that leaves this small town at 5pm every day, and it was booked up for the next week. The attendant told me that we couldn't get on the train, but after looking at him with sad eyes and saying, "Please, please?" He just said, "OK." And with that we had our tickets. How that works confuses me still. 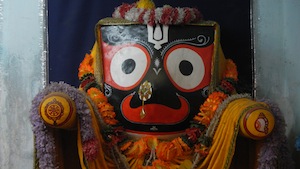 The day before boarding our train we had the chance to explore the local Jagganath temple which is a miniature copy of the one in Puri. We got to see every inch of it before one of the holy men informed us we couldn't go inside. 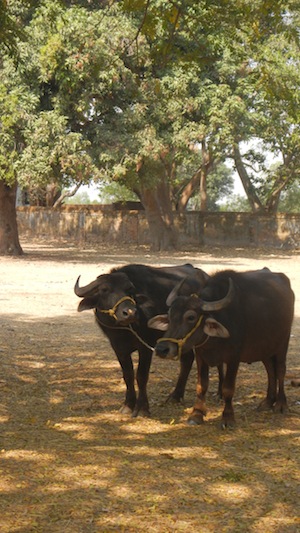 Our train was scheduled to leave in the afternoon, so Raju, our friend/guide/weaver, filled our morning with tons of activities. So many that it made us nervous as to if we were going to be able to catch the train! First, we were off to Raju's school were he is the physical education teacher. We got to see each classroom and each age group, and then the teachers let the kids come out and get autographs from us. Which I thought was strange, but very cute. After the school, we went to the local market, which was jam-packed with tribal villagers. We had "no problem." 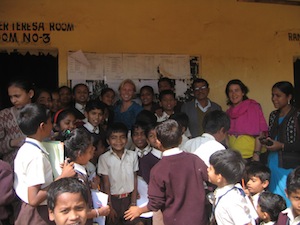 I went on a search for Salpi, a disgusting and sketchy alcoholic beverage before happening across a pair of water buffalo for sale. They were adorable and reasonably priced, so it was very difficult for me not to buy a pair of water buffalo and put them in my yard and bathe them in the pool back at my apartment in Pune. I resisted. After I got the salpi we rushed over to a wedding. I'm still not sure why we went to this wedding, but I gifted them a different bottle of Salapa (similar to Salpi, but it needed to be drank the same day so I couldn't travel with it) and they took tons of photos with us. I deduce that we were there because Raju said, "I can bring a blonde chick to your wedding..." or something of that nature. Most days I'm not sure if I should feel like a super-star or a side-show attraction. 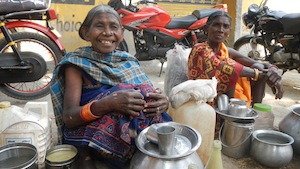 By the time we were done standing in the heat and eating tribal wedding food with our hands, it would have been too late to catch our train from Koraput. Oh yes, that is how it rolls here. Luckily, Raju had a plan all along! There is another train station close by in Kotpad that the same train travels through earlier, and we could catch our train there. We went, we found a small shack on the side of the tracks, and inquired about our train. The good news was that we could get on the right train, the bad news was that they wanted to charge us A LOT more. 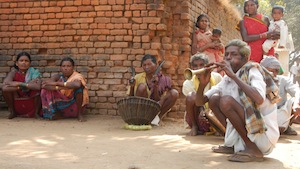 I made sad puppy eyes and said, "Please, please?" He just said, "Ok, 100 rupees." And with that we were on the train. How this works still confuses me.